sports-top-picks.com – Some dream about goals

2021’s eagerly anticipated Super Bowl final was received with great delight by many football fans. After a disruptive season with so much uncertainty surrounding it, there was a sense of relief that something sports-related would go ahead as planned. In the run-up to the game, sportsbook operators saw an unprecedented surge in wagers on its outcome.

Online gaming supplier GAN managed uninterrupted service for its clients during Super Bowl LV, thereby delivering its promise of service excellence above all else. Record transactions were recorded before, during, and after the match. However, GAN’s operations continued unabated, and it saw a massive $14.6 million settled online bets on game day.

To add another feather to its cap, GAN sealed an agreement with Greenwood Gaming and Entertainment, owner of Parx, the #1 casino in Pennsylvania which also provides online sports betting.  Pennsylvania is only one of a handful of states that have legalized online gambling.  Parx implemented its online operation smoothly and was lucky to have done it before the COVID-19 pandemic when many brick-and-mortar facilities shut or reopened on a limited basis. The company saw a surge in online users during those challenging months of 2020 due to thousands of people confined to their homes.

The deal between GAN and Greenwood is highly beneficial for both parties. GAN will license its iBridge integration framework with Parx for ten years. This framework focuses on integrating casino operators’ online and offline loyalty reward systems.

Loyalty rewards have taken on a greater significance during the trying economic times COVID-19 has created. A substantial number of users say that a loyalty card system is a factor that sways them to choose one casino operator over another. They find the implicit intrinsic benefit of a loyalty card attractive.

GAN intends to use this opportunity as a case study for other casino operators to observe before they also start using the iBridge integration framework. The company plans to expand its operations across more than 12 states simultaneously.  Parx is aiming to build on its existing operations with a focus on sports and fantasy sports betting.

Dermot Smurfit, GAN’s CEO, says that the company will leverage its experience as a B2B gambling provider to partner with existing and new casino companies. These partnerships are expected to generate millions of dollars in transactions among traditional and online gamblers.

There is something in it for you

Parx and GAN are not the only parties to benefit from their new deal. Customers will see improved loyalty rewards. And for those of you who thought the sight of a drunk Tom Brady was the greatest thing to come out of Super Bowl LV: the best is yet to come. 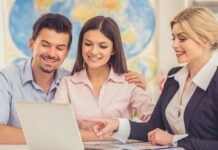 Enroll Your Child In Football Classes For Overall Development

Tips to Gain From MLB Betting

Pavel Kovalev - June 14, 2019
0
The popularity of Major League baseball can be understood with the fact that the broadcast is done in most of the countries across the...

US Online Sportsbooks: The Biggest Winners of Super Bowl LV

Enroll Your Child In Football Classes For Overall Development

Prepare the Tool for Your Football

Tips To Become A Professional Footballer

Tips to Gain From MLB Betting